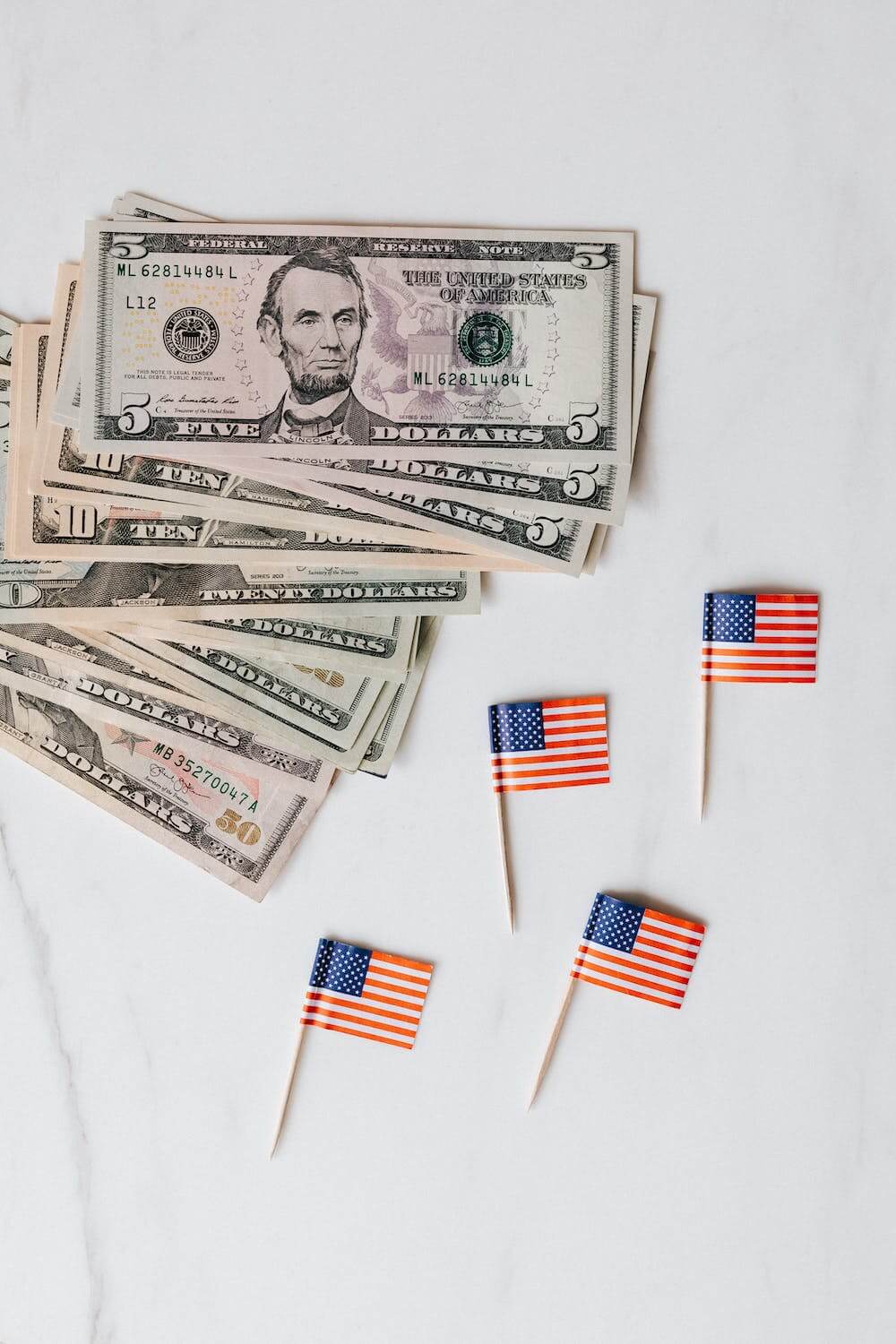 Best Cities in the US for Startups

The U.S. is the leading country when it comes to startups. Home to 71,153 startups today, the U.S. is one of the best places to be when considering starting a new business. But, not everyone gets it right the first time round. Not only do you need to secure funding, whether through startup business loans or grants, you also need to consider where it is best in the U.S. to start a new company. That’s why, we’ve compiled a short list of the top 8 best cities in the US for startups.

If you’re considering starting a new business, read our comprehensive list below which details why each city is great for success and some of the best places to be if you’re an entrepreneur.

Which State in the US Is Best for Startups?

Which state is best for your startup depends on your personal and financial needs. Most cities in the US serve as a great place to start a business. However, not all will be great for retaining talent and continuing success year after year. There are key factors startups need to consider when choosing a city to establish a business, such as: funding, amenities and employment opportunities. All of which, will make or break a business.

Which City Has the Most Startups in the USA? 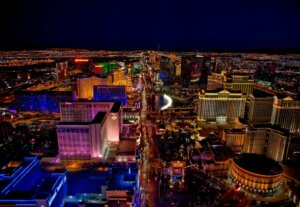 But, why is Las Vegas so popular? One indicator might be the annual average income – being $51,244. This is 19% lower than the national average, meaning it is more affordable to employee people than in other cities.

What’s more, Las Vegas (despite being known for its wealth) can be an inexpensive place to live and set up a business. With the lowest corporate tax rate, by setting up your business outside of the Las Vegas strip, you can save thousands of dollars each year while still maintaining attraction due to the millions of tourists that visit each year.

With more affordable real estate than many other states in the US, Las Vegas in Nevada is definitely a top pick when it comes to young professionals and those wanting to set up business. Not only is Las Vegas great for play, but it is also one of the best cities when it comes to work! 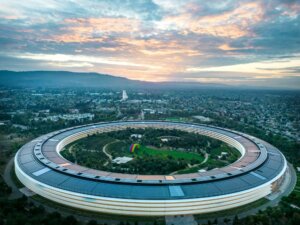 Not only is Silicon Valley, and surrounding areas in California, great for Tech startups but many others too! Securing over $100 billion in venture capital in the past year, without a doubt Silicon Valley is the place to be if you’re looking for startup funding.

In addition, entrepreneurs must also think about what other infrastructures are in place when considering a city for a startup. Silicon Valley, therefore, is one of the best cities to choose as it has all of the necessary infrastructure in place to make a business successful. Venture capital, talent to employee as well as networking opportunities being incredible. 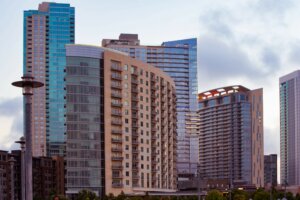 Austin, the capital of Texas, is not only known for its music – but also for its startups! Commonly referred to as a “mini Silicon Valley”, Austin is home to around 5,500 startups currently. With a low corporate tax rate at 0.71%, Austin is inexpensive when it comes to setting up and running a business.

Home to the Austin Technology Incubator, one of the longest active running technology incubators in the US, Austin is one of the best cities to consider for a Tech startup. With thousands of Tech startups already established there, finding your feet should be relatively easy considering the available funding.

Furthermore, a one-bedroom apartment in Austin costs on average $1,600 per month – making it a great, relatively cheap, city for young entrepreneurs looking to delve into the world of startups… 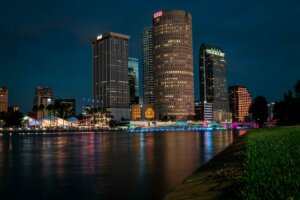 Not many people can afford to start a new business off of their own income or money, which is why Tampa in Florida is one of the most popular cities to consider for startups due to the available funding! If you can’t secure funding through an investment in Florida, then you can always consider small business startup loans which are widely available throughout the city.

Floridians don’t pay income tax, and an average annual wage of $42,328. Many startups also look to relocate to Tampa due to its employment force of over 1.9 million. In addition, with a median age of 38, Tampa is a great hotspot for employment as it is easily sourced and inexpensive to keep. 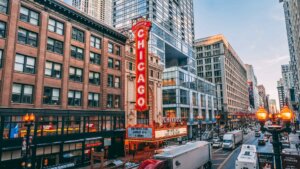 Finding your feet in Chicago should be relatively easy. With people from all different backgrounds, there is always someone new to meet and network with here. Chicago, without a doubt, has one of the best communities in the US. While securing funding is important, a startup can’t remain successful without customers!

Not only is Chicago a great city for startups due to tourism, but it is also one of the fastest growing Tech hubs in the US. It is also in a great location, as flights from all over the US depart and arrive from Chicago.

What’s more, Chicago also has great schools – meaning there is plenty of talent to find in Chicago. You can also enjoy some jazz music and a deep dish pizza whilst you’re there! 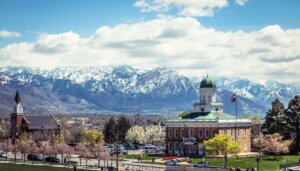 With tax-friendly incentives, Salt Lake City is becoming increasingly popular for startups. Not only this, but Salt Lake City, when compared to other US cities, has one of the youngest workforces aged between 25 and 34. Therefore, great for establishing a business where like-minded and ambitious people are looking to start their careers.

Salt Lake City also ranked as the best place to start a family. So, great for retaining a young workforce throughout their careers. 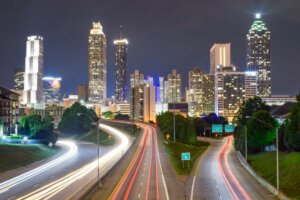 Atlanta – home to Coca-Cola, Delta Airlines and Equifax, some of the most famous companies worldwide. Without a doubt, Atlanta in Georgia is a great city to consider if you’re looking to start a new business.

Nearby talent, available funding through nonprofits, as well as affordable living – Atlanta is becoming one of the best startup ecosystems in the US. Georgia Tech is one of the best schools in the US for Software Engineering, and may be one of the reasons why so many people employ and retain talent in Atlanta.

With 10,853 business applications per 100,000 residents, Atlanta is definitely one of the best upcoming cities for startups. 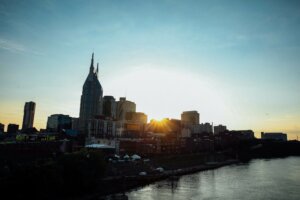 Nashville has a large population of 678,448 people. One of the largest and fastest growing cities in the US, Nashville is definitely a city to consider if you’re starting a new business. Not only is there a readily available workforce, but also opportunities to secure angel investments. Nashville is home to the Nashville Entrepreneur Center, founded in 2010, which aims to help businesses connect and grow in the city.

If you’re looking for that community feel, then Nashville is a competitor to consider. While it has a large population, Nashville has a diverse and large background for entrepreneurs to dive into. Furthermore, Nashville also has low business taxes and no personal income tax – making it a truly affordable city for startups!