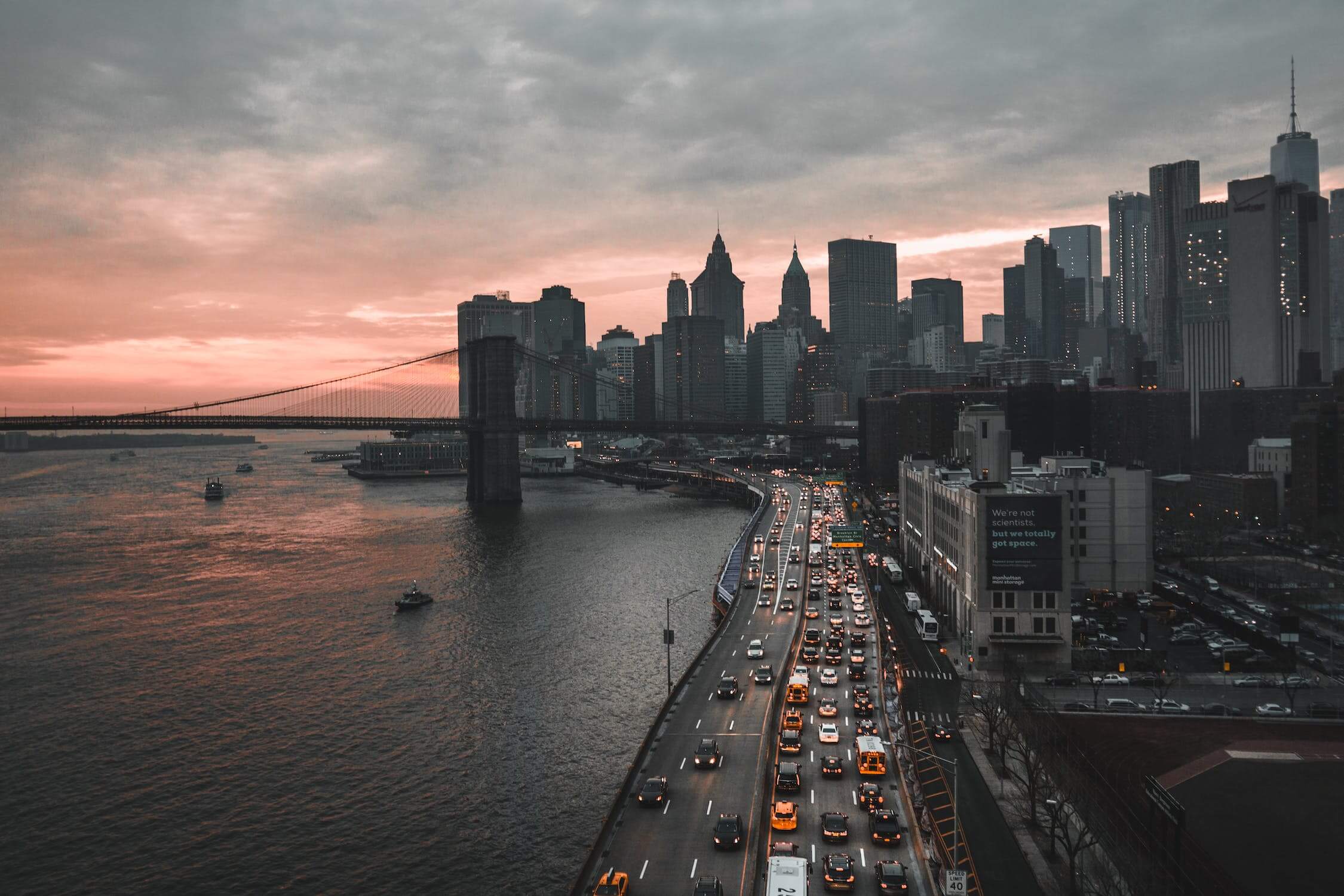 The work landscape in America has changed significantly, especially in recent years. With phenomena such as The Great Resignation, hybrid working and fully remote work forces, the traditional office roles and densely packed urban areas are falling out of favor. Quality of life is becoming increasingly prioritized by workers and increasingly more people are thinking carefully about where they choose to live and work.

When people are looking for which city to live and work in, there are many different factors they consider. A key one being, the affordability of a city and whether or not people will need to borrow money just to get by. Income tax rates (both state and local), rent and house prices, and the cost of living all come into the equation when people weigh up whether or not they can afford to live in a particular city. Not only that, but they will think about the amenities of a city, such as whether they have access to green spaces, good schools or culture.

According to data from the 2019 US Census, the following 10 cities are some of the cheapest in the US.

Top 10 Cheapest Cities in The UK to Live In 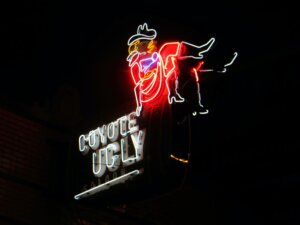 Memphis, Tennessee comes with a musical legacy and a culture of barbecue; not only that, it is home to some of the most affordable properties in the country. Located right on the Mississippi river, Memphis is home to beautiful nature including parks, rivers, trails and forests. With an average rent of $760 and median home price of $120,260, the housing is very affordable compared to other cities and other states across the country.

Many companies have already identified Memphis as one of the cheapest places to set up a business, including AutoZone and FedEz. That being said, the sales tax rate is 9.25% – one of the highest in the U.S.; although, this is compensated by no state income tax in the state of Tennessee. Although the median income in Memphis is relatively low (around 35% less than the average American), it is a great option for those who are working remotely. 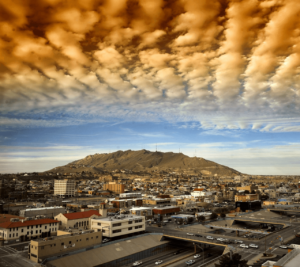 El Paso is the second-largest city in the Southwest, with a city population of 679,813. It is also one of the cities with the lowest cost of living. El Paso can be a great option for those looking to become homeowners. With a median home price of $162,696 and average rent of $836, there is also a first-time homebuyer program.

Not only that, but El Paso is a great place to live, boasting nearly 300 days of sun annually, beautiful nature parks close by and great employment prospects. In fact, over 70 Fortune 500 companies have offices in El Paso including Wells Fargo, AT&T and Verizon, all of which have made the State of Texas their home. 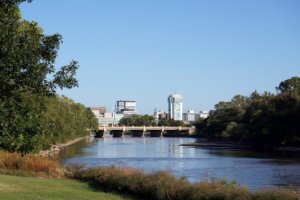 Smaller than some of the other cities on this list, Wichita has a city population of 389,877; however, the population has grown steadily since 2010 and continues to grow as more and more people discover the many benefits the city has to offer. Historically a farming city, industry here has gone beyond just cattle and grain, expanding to be the ‘Air Capital of the World’, thanks to its huge aviation industry.

It is also home to a great deal of culture and is dense with museums. The median home price and average rent are relatively low, making it an affordable place to live with good prospects. That said, the weather is not for everyone and the climate in Wichita can be harsh in certain times of the year. 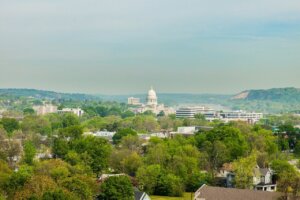 Increasingly more people are discovering Little Rock and its low cost of living. Not only that, but many people are attracted to the economic, cultural and governmental activity that the city boasts. For the outdoors types, there is plenty to love in Little Rock including hiking, boating and beautiful state parks. For those who like to travel, it is also well located to travel to Dallas, Oklahoma City and Memphis, with good connections. 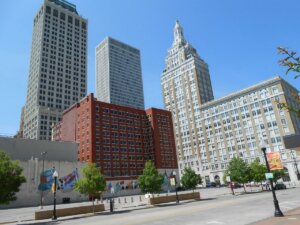 Located right by the Ozark mountains and the Arkansas River, Tulsa is one of the most beautiful nature spots on this list. Aside from its stunning nature, it is also a bustling business district with everything from aviation to technology to telecommunications.

Tulsa is said to be a very liveable city with plenty of options to stay busy and entertained including a good food scene, lots of culture and plenty of opportunities to stay active. Although the median home price is around the $150, 067 mark and the average rent is affordable at around $760, it also has higher sales and state income taxes than many other cities. 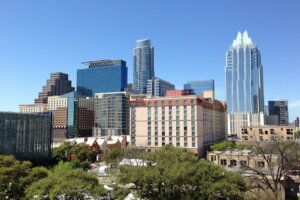 Austin, Texas is a well known tech hub and has been a popular choice for living for many years. Known for its low cost of living and agreeable climate, it is also home to companies such as Apple, Tesla and Samsung. It is one of the best options on this list for those seeking employment, especially for those with a tech background and those who have served in the military, but also for aerospace, security and international defense.

It is also a great choice for foodies with one of the best restaurant scenes in the country. However, when it comes to affordability, the average rent is around $1,431 and the median home price is $540,086 – so, Texas living costs may be slightly higher than others on this list. 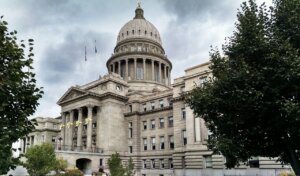 Boise is one of the fastest-growing cities in the U.S. with the population growing 8.2% between 2010 and 2018. Not only that, but it is up-and-coming for the business scene; in fact, many tech companies have left Silicon Valley and opted instead for the much more cost-effective Idaho city. With a low cost of living and one of the best school districts in the country, it is a popular choice for both workers and families.

It is also a city with something to offer everyone, home to beautiful nature and just a stone’s throw from multiple ski resorts. However, the rent in Boise is one of the highest with an average monthly rent of $1,370. 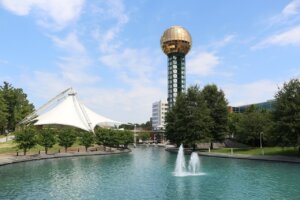 One of the smaller cities on the list, Knoxville has a great deal of small-town charm to offer and is set in some of the most beautiful surroundings, right next door to the Appalachian mountains. Knoxville is also known for its great food scene and stable economy with many different industries including healthcare, education and retail.

Although the average rent is relatively high, the median home price is only $250,248 meaning that buying a property here is very affordable. Knoxville is steeped in Civil War history, but it is also home to the Women’s Basketball Hall of Fame and the University of Tennessee. Knoxville has something to offer history buffs, foodies, nature lovers and sports enthusiasts 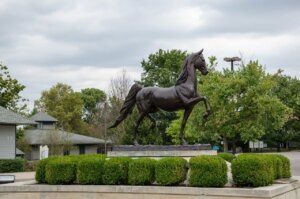 Known as the “horse capital of the world”, Lexington in Kentucky is a clear favorite for equestrian lovers. With a relatively low average rent of $976 and a median home price of $236,745, this is an affordable city in which to live and work. The property tax is far lower than the country’s average and income tax is 5%, regardless of income. 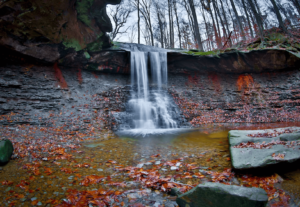 Akron in the state of Ohio has a city population of only 198,051 but has been named the No.4 growth state in the US, with more and more people flocking there each year. Located right next to the Cuyahoga Valley National Park, it is home to some truly picturesque scenes.

It also boasts cheap average rent of $866, cheaper healthcare, cheaper goods and services and a median home price of only $89,086 meaning that it’s a city where you can definitely get more bang for your buck. Not only that, but as a hub for healthcare, biomedical research, education and manufacturing, it is also a great place for those with startups or seeking employment.