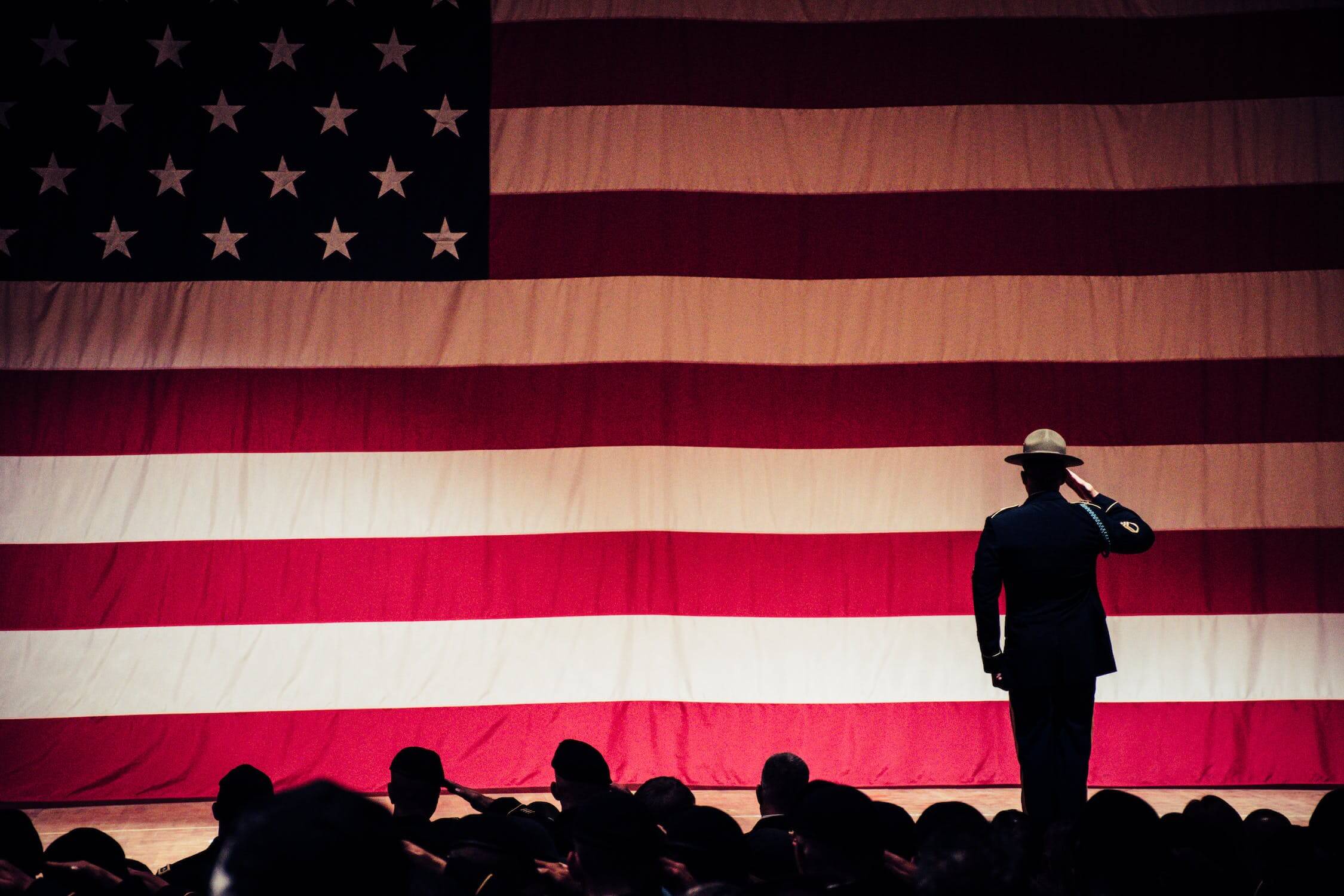 Top 10 US States for Army Veterans

Planning where to live when retired can be daunting, yet it is even more so perhaps for those retiring from the military. Choosing which state to live in the US as an army veteran will have an effect on a variety of things, from your health, finances, to what you are entitled to as a military retiree.

If you’re an army veteran, or know someone who is, then you can find out here what the top 10 US states are to live in for army veterans. Our top 10 list takes into account a variety of factors. For instance, army veterans may need access to good healthcare, especially those who are disabled or may have PTSD (Post Traumatic Stress Disorder) following their years in the army and some military veterans may need facilities to borrow money instantly for a variety of purposes, including starting a business or just getting by. Similarly, access to well-paid jobs as well as affordable housing is key too.

What Is a US Army Veteran? 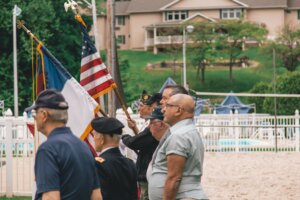 There are over 19 million US army veterans.

A US veteran is someone who has had significant experience in the army, such as in a specific occupation or field.

Meanwhile, a military veteran is someone who no longer serves in the military. Military veterans that have served in combat in a war can also be categorized as a war veteran – however, not all conflicts are commonly referred to as ‘wars.’

Which US State Has the Most Army Veterans?

In 2019, California ranked in at number 1 for having the largest army veteran population. Followed by this, Texas and then Florida were the next most popular states with having over 1.4 million army veterans in both states.

While California might’ve been heavily populated by army veterans by 2019, people who have retired from the military are now relocating to other states, such as Florida and Virginia where socioeconomic factors are specifically better for US army veterans.

Where Is the Best Place for US Army Veterans to Live?

Where is best for army veterans to live will depend on an individual’s personal and financial requirements. For many army veterans, states which do not tax military retirement pay is crucial. Meanwhile, others may want to live in a state where it is heavily populated by like-minded, US army veterans so they feel part of a community.

Here are some things US army veterans should consider when choosing a US state to live in:

When looking to relocate to a new US state, by asking yourself the above questions it can give you a better idea of what you are specifically looking for in your new home. However, look no further as below Kallyss have compiled a top 10 list (taking into account all of the above factors) of US states for army veterans to consider living in!

So, without further ado let’s dive into the top 10 us states for army veterans to live in. Keep in mind, however, that this list is subjective and where is best for you specifically might depend on other factors such as how close your family is and much more. 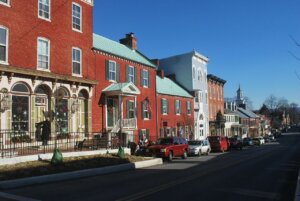 At number 1 is Virginia – home to the famous Dirty Dancing, presidential homes, beautiful lakes and oysters! For those fully retiring, Virginia is a great place to settle down as there’s plenty to do and see – from beaches, mountains to lots of culture and history to explore.

Virginia attracts over 725,000 US army veterans, so, has a well-established community for those wanting to retire here. There are also 27 military installations in Virginia, so you’ll feel very welcomed as an army veteran here.

There is also accessible healthcare across the state of Virginia, such as in Hampton, Richmond and Salem. What’s more, disabled army veterans are exempt from paying any real estate tax on properties. Similarly, army veterans can receive support regarding jobs and education incentives following retirement.

Therefore, Virginia provides all of the necessary amenities and support for US army veterans – as after all, they deserve it. 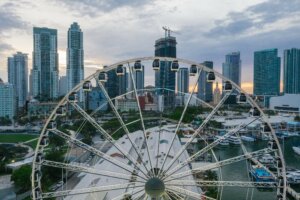 The Sunshine State, Florida, is home to over 1.5 million US army veterans. Without a doubt, Florida is one of the most affordable and beautiful places to retire in, regardless if you are an army veteran or not. Everyday living costs in Florida are also affordable, so makes for a great place to live if you’re a military retiree on a lower income and smaller budget.

Army veterans who are residents in Florida are also entitled, if they have a VA certified service-connected disability of 10% or more, to a $5,000 deduction on their home tax. In addition, veterans who have been honorably discharged, with a permanent disability are exempt from any real estate tax. 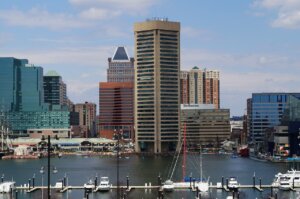 Maryland, bordering the state of Virginia, is located east of the USA and is also one of the best places for army veterans to live in. Roughly 9% of the population in Maryland is army veterans, so you’ll feel very welcome and at home with like-minded individuals here. There’s also lots of military history already here in Maryland to explore.

Not only are there 11 military installations in the state, but there is also accessible healthcare as well as a strong economy with lots of jobs available. There are also property tax exemptions for disabled veterans, discounted entrances to state parks as well as plenty of jobs for those that need to work while retired. 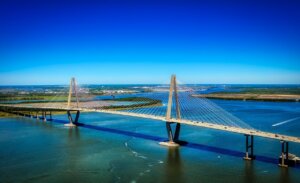 South Carolina, as a state, is diverse in its nature – for those that enjoy the outdoors, you can take advantage of the beautiful beaches, woodland landscapes and much more. It is also heavily populated by military retirees, so another great state to meet others that can relate to you.

There’s lots to do and see in South Carolina if your family like to visit a lot, and you’ll also find properties are low in cost here! There’s also military installations across the state, wellness services for veterans in Columbia alongside tax benefits up to $14,600 in retirement pay.

All in all, South Carolina is in a prime location and also a very affordable state to live in as a US army veteran. 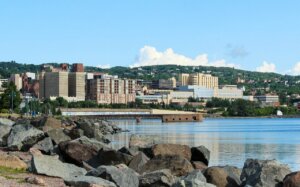 Home to the Green Bay Packers, the largest mall in America as well as thousands of lakes to swim, fish and play in! Minnesota is truly a mesmerizing state in terms of its nature, and is also a popular state for army veterans to retire in.

Minnesota is a veteran-friendly state, with many economic incentives for those that are looking to relocate here even with their families. Not only is military pay and military retirement pay tax-free in Minnesota, but you can also receive short term financial aid if you need it here. Without a doubt, Minnesota is great if you need some financial support! 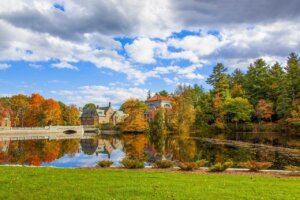 New Hampshire might be a state to consider if you’re looking for a job while you’re retired or leaving the military. The Granite State offers plenty of jobs for US army veterans, and provides lots of financial and employment support for those seeking this. 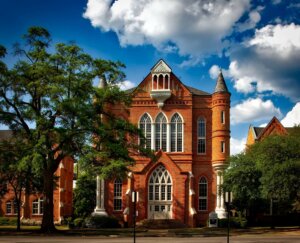 Fun fact, roughly 11% of businesses in Alabama are owned by veterans!

Although access to healthcare in Alabama is not as good as the above states, it is still a great place to retire as a US army veteran. The reason being is that Alabama offers a wide range of benefits, both economic and social, for those that have served in the US military.

For example, Alabama offers a good quality of life with affordable everyday living costs and properties. Tax breaks, education incentives as well as support for families of US veterans – Alabama, generally, is a good state to live in. 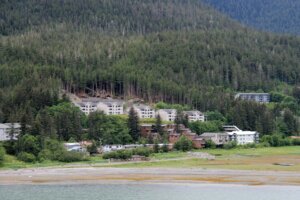 Alaska has the highest population of former military personnel, therefore, a great place for those wanting to live in a well-established military community! Feeling welcome, and part of a community, is crucial for US army veterans and particularly those that may be feeling isolated following their retirement from the military.

Retiring can be daunting, however, Alaska offers both employment incentives as well as housing programs for those that require that extra support. However, because Alaska is located further away it is slightly more costly as importing products is expensive. You’ll also need to keep in mind the colder weather! 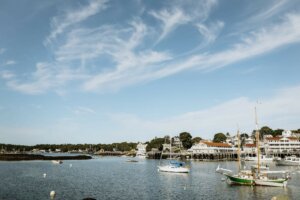 One of the great things about the state of Maine for army veterans is that military payments are not taxed at all! This is especially great for those wanting to find a state that considers army veterans and their finances.

From museum passes to support for homeless US army veterans, Maine truly is a US state that considers veterans and their everyday lives. Education and tax incentives, as well as lots to do and see, Maine is a true competitor when it comes to some of the top US states for army veterans to live in. 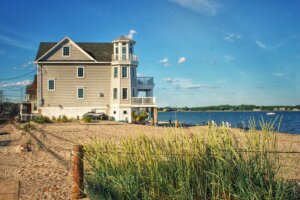 Connecticut, known for its amazing universities, rich culture and home to the first hamburger! If you’re an army veteran, Connecticut may be a great place to relocate to as it offers full tuition for veterans that have served 90 active days in service. Furthermore, those that have an honorable discharge can access public colleges and universities during the school year!

There’s also no tax on military retirement pay, so, great if you want to live somewhere that has good tax incentives for US army veterans. While properties and everyday life is generally one of the most expensive in the US here, the quality of life is incomparable. Therefore, Connecticut is great for US army veterans that need to take into account their health, wellbeing and happiness!